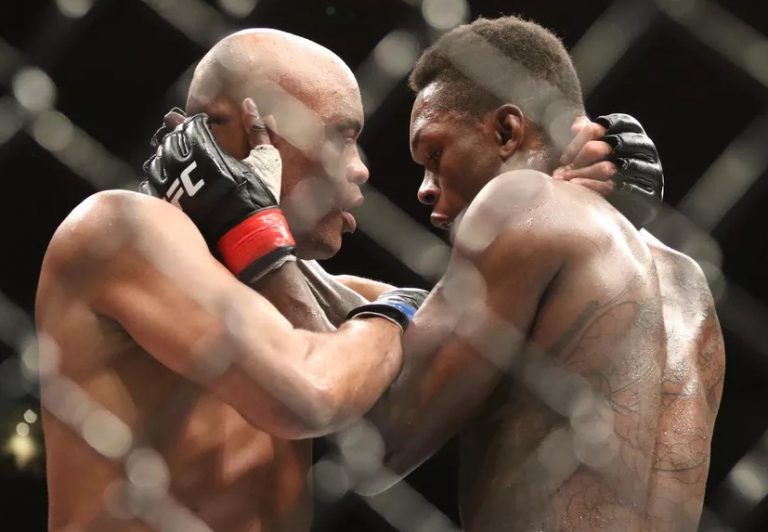 Ever since Israel Adesanya first wore UFC gold, Chris Weidman has been repeatedly talking about how the champion is “overrated” and that he’s a “nightmare” matchup for him. After Adesanya put on a clinic against Paulo Costa, Weidman again took to social media to ask for that match up.

The former middleweight champion likened Adesanya to Anderson Silva, and discussed their common opponents to make his case about why it would be “easy” money for him. Comparisons to a UFC legend would normally be a compliment, but not to Weidman, who holds two wins over Silva.

Heyyy I just realized I have 2 common opponents with Adesanya…Gastelum who I finished. Then Silva who I finished twice. Adesanya squeaked by decisions on both of those guys.. Adesanya is just another Silva without the black belt in Jitsu. Easy

Not one to pass on a Twitter beef, Adesanya responded to Weidman and told him to win more fights before calling for a title shot.

Guess who’s voice that is in the background… pic.twitter.com/OCFsVXi6QM

@chrisweidman …get some wins first please.
I already have you figured out.
I’ve sized you up a few times.
Watched you hit and miss
I know how to fuck up your single and double leg attacks
I’m 10 steps ahead like I said.
I knew I would use this clip one day to prove that I knew! pic.twitter.com/6CJw46Kd5x

We were friendly. But ain’t no friends in this game. That’s why I trust no one.

You were very nice to my face that night to be talking like that on your phone. Two faced as hell! I would grab your weak ass and crush you! YOU remember our interactions that night and YOU know this is a problem you don’t want https://t.co/oBy2YE5iF0

MMA Math is always suspect, but it’s worth noting that Adesanya and Weidman also have another common opponent that wasn’t mentioned. Yoel Romero lost a dull decision to Adesanya, but brutally KO’d Weidman with a flying knee.

Weidman won his first fight in three years last August, when he won a decision over Omari Akhmedov. He is currently the 9th ranked middleweight, but has been knocked out five times in his last seven fights, dating back to 2015.

It’s highly unlikely that Weidman gets the next title shot, and Adesanya says he’s looking either at a title defense against Jared Cannonier (if he beats Whittaker), or a champion vs champion bout against Jan Blachowicz.