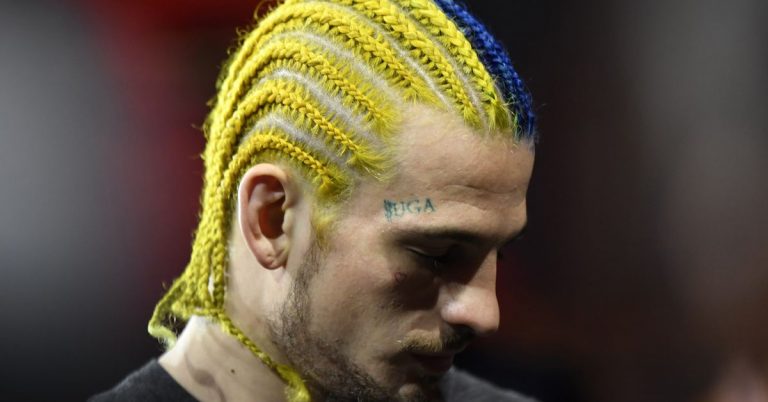 More than a month ago at UFC 253, bantamweight prospect Sean O’Malley experienced his first professional defeat at the hands of Marlon Vera. Over the weekend, he took another L at the Grappling Industries tournament final in Phoenix.

“Suga” Sean went up against Danaher Death Squad member Robert Degle, whose specialty is, of course, leg locks. Degle got O’Malley with a heel hook within the first minute and a half of action.

Degle posted the video on Instagram, along with an encouraging message for the 25-year-old fighter.

Had a great opportunity to compete against the rising UFC star @sugaseanmma in a @grapplingindustries event here in Phoenix, Arizona. For Sean to compete in such an event demonstrates a very respectable desire to grow as a martial artist.

Realistically he had nothing practical to gain by doing this event. The man has over a million followers and is surely making bank in MMA. So why do the event? We spoke afterwards and he explained that he simply loved JuJitsu.

I hope the experience of competing against me helps push him to further development as a martial artist. I was a fan before but an even bigger one now

O’Malley himself posted a post-match photo, and he wasn’t “super salty” this time around.