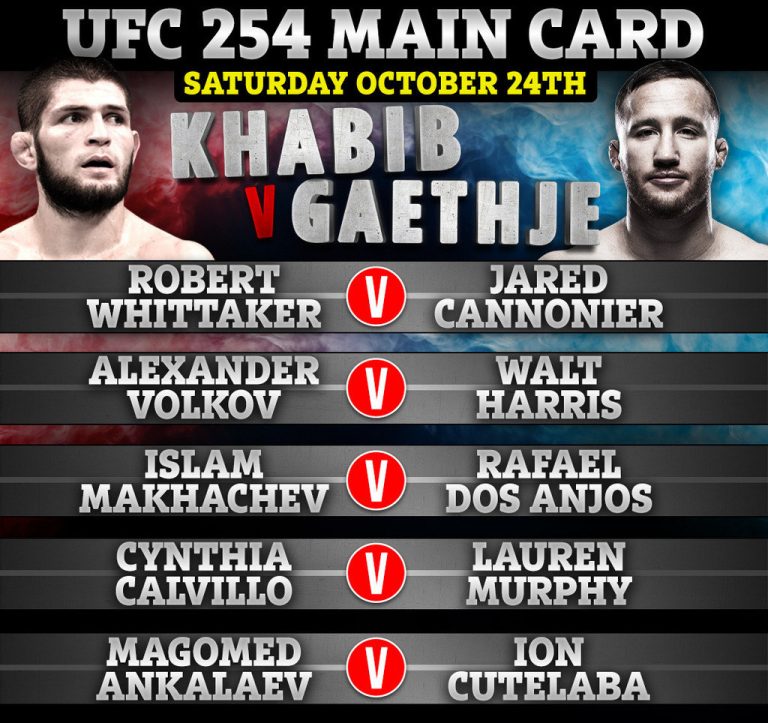 One of the biggest fights in UFC lightweight history is set for October 24th. On that night, champion Khabib Nurmagomedov will put up his belt against arguably his toughest challenger to date, interim champion Justin Gaethje, in the main event of UFC 254.

The co-main event was expected to see Dustin Poirier and Tony Ferguson facing off. However that never came together, so we’ll get a middleweight top contender bout in its place. Former champion Robert Whittaker and Jared Cannonier will meet to likely see who faces off with champ Israel Idesanya next.

Here’s how the card looks right now. The event will have a six-fight main card, and will take place in the afternoon in North America so the European crowd can watch Khabib in prime time. Note – the order of the main has been decided, but the undercard order has not as of yet.