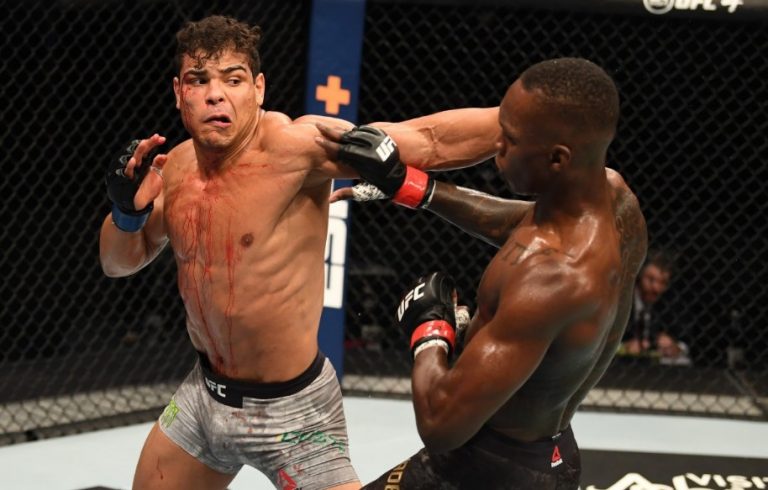 UFC 253 is done and dusted—and as expected, in it’s wake has been left a multitude of story lines and sub-plots. Israel Adesanya has maintained his claim to the crown at 185 lbs with a dominating (and somewhat humiliating) defeat of challenger Paulo Costa. Jan Blachowicz has captured light heavyweight gold at the fine young age of 37. And Brandon Royval has announced himself as flyweight’s newest hot prospect.

So, while Adesanya angles for a fight with Jared Cannonier, what can Costa do to pick up the pieces? Can Jan really carve out a legacy as light heavyweight king in the absence of Jon Jones? And is there any fight too big for Royval at 125 lbs right now?

To answer those questions – and a few other things, too – I’ll be using the classic Silva/Shelby fight booking methodology from the UFC of years past. That means pitting winners against winners, losers against losers, and similarly tenured talent up against one another. Hopefully, by following that model, a few of these bout ideas will actually make it off the page and into the Octagon. Now, let’s get to the fights.

Even in his mind, I doubt Adesanya could have drawn up a more perfect performance than this. Costa seemed absolutely flummoxed, flabbergasted, frayed, and unfocused in the cage. It was a masterclass of building offense through a command of range and attrition. And it erased any and all doubts I might have had that Adesanya might be a bit easily put off his game by the right kind of bully. Instead, he immediately forced Costa to reckon with damaging low kicks and take chances on creating wild pressure. When Costa wasn’t willing to do that, he just became that much easier to force into guessing what strike was coming when and where. The counter hook that bounced off his temple looked like a shot Costa absolutely never saw.

With that win, Adesanya made his next move pretty clear. There’s a middleweight fight incoming between Robert Whittaker and Jared Cannonier the winner of that likely gets Adesanya next. In the ‘Stylebender’’s own words, it sounds like he’s angling for that “beautiful, beautiful man,” the ‘Killa Gorilla’ to pick up the victory. Even if Cannonier doesn’t, however, I don’t see a bigger fight ready to make right now than a rematch between Whittaker and Adesanya. So, either way it goes, I expect we’ll see Adesanya vs. the Whittaker/Cannonier winner next.

When a fighter talks the talk that Costa does, any failure to walk the walk is only going to seem that much more humiliating. Costa seemed to have fully embraced a sort of ‘beach bully’ mentality over the course of his UFC career to date. And his performance against Romero (even for those who want to credit Romero as having won that fight) appeared to solidify an elite perseverance in that style. No matter how ferocious the opponent, Costa would stand in and try to exert his will. Where that guy was on Saturday night, I have no idea.

Perhaps this was the first time that Costa felt like getting humiliated, himself, was possible? The stakes were too high, the opponent someone he couldn’t stand the thought of losing to? Or maybe he just changed too many things in camp, attempting to reform himself into an elite technician now that he was fighting for the belt? Whatever the cause, once Adesanya got the jump on him, Costa appeared to have no answers. No response to even the first layer of Adesanya’s offense, nevermind the layers he built on top of it.

Fortunately, his fast rise to the belt has left a lot of top 10 competition un-fought in his wake. Bouts against Kelvin Gastelum, Derek Brunson, the loser of Jack Hermansson vs. Darren Till or even someone like Edmen Shahbazyan all have a certain amount of sense to them. Of all those, I think the fight I’d most like to see is Gastelum vs. Costa. Gastelum’s cardio, durability, and southpaw power-punching should make for a wild fight if Costa wants to wade in and pressure him constantly. And if not, both men have the power to make a more cautious fight tense and interesting. Costa vs. Gastelum sounds like a great way to see if ‘Borrachinha’ can recapture the form he had on his way to the belt.

I can barely believe it. Jan Blachowicz is light heavyweight champ at 37-years-of-age. The former king of KSW entered the UFC with some interest six years ago, and immediately dropped four of his first six Octagon bouts. He’s righted the ship since then, with only one loss in his last nine fights. And now, climbing toward 40, he looks to be in the best form of his career. After his win, he called out Jon Jones, but the former longtime light heavyweight champ seems clearly departed from the division for heavyweight pastures. Instead, the upcoming bout between Glover Teixeira and Thiago Santos looks highly probable to crown the next contender. If it doesn’t, then Aleksandar Rakic may only be a win or so away. But right now, Teixeira vs. Santos is the only fight that looks lined up to give Blachowicz his next clear opponent.

Reyes got his second straight title fight after arguably beating Jon Jones. But if he had a claim to winning the belt way back in February, he’s got no claim to it now. Blachowicz put the stamp on him with those blitzing combos to pick up the TKO win and take UFC gold home in the process. Which means, after running his way up to title contention, Reyes is gonna have to reassert his bonafides. Fights with Aleksandar Rakic, Jiri Prochazka, or Johnny Walker await if he wants to go winner/loser. And part of me just thinks he should take on the loser of Santos/Teixeira, since those are two men he hasn’t fought before. But with a few young contenders on the rise looking for bouts, why not mix things up a little. Dominick Reyes vs. Aleksandar Rakic seems like a great fight to put Rakic in contention, or give Reyes a path back to it.

Royval is looking like something seriously special at flyweight, and putting off some strong WEC Anthony Pettis vibes in the process. A relentelessly creative, dangerous striker with a nasty, hair trigger sub game on the mats. Kara-France was basically in defensive mode from moment one of their bout. The Kiwi still got his licks in, but Royval just forced him into too many mistakes. The moment Kara-France decided he needed to shoot in, he paid for it badly. Given Kara-France’s ranking, that lines Royval up for something big next. With Pantoja, Benavidez, and Formiga all coming off losses, how about Brandon Royval vs. Askar Askarov? After all, it’s not like Askarov has a whole lot more UFC experience to laud over him. Royval has announced himself, time to see how far he can go. If that fight won’t work, then a bout against Alexandre Pantoja is a surefire banger even as a winner/loser scrap.

On paper this matchup looked a lot kinder for Vieira than it ended up being in reality. Eubanks did well to go to the body, and Vieira looked a bit shook on the feet after getting KO’d hard her last time out. Still Vieira’s size and pace were just too much for the first couple rounds and picked up the win for her. That should lead directly to a fight with Raquel Pennington. A victory in that bout and Vieira’s path to title contention is back on track. Lose it and she’s once again treading water in the middle of the division. Raquel Pennington vs. Ketlen Vieira is the right next fight for the Brazilian if the UFC wants to push her as a contender any time in the near future.

A reasonable enough fight from Dawodu here on his way to a split decision win, but also just a miserable fight from Tukhugov—who must have been especially mislead as to the scores to coast out the third round the way he did. Dawodu picked more targets, landed more often, and simply outpaced the Chechen. Fights with Grant Dawson, Movsar Evloev, and Makwan Amirkhani would all be solid next steps. Of those, I think the Evloev fight makes the most sense. yeah it’s not a huge step up for Dawodu, but Evloev is a real challenge and would add to ‘Mean’ Hakeem’s ever growing resume. A good step up for Movsar Evloev, and another hard challenge for Dawodu. A great test for both men.

It was a dominating win from Matthews, but not quite the powerful performance it seems like he could have had. Notably, when he hurt Sanchez early in round 3, he spent most of the rest of the round just struggling with Sanchez’s guard on the mat, when he could have clearly stood up and done a lot more by forcing Sanchez back to his feet. Still, the win leaves Matthews on a 3-0 run with his only welterweight loss coming to Anthony Rocco Martin. Time for another bout against a quality action fighter scraping the edges of the top 15; someone like Belal Muhammad, Tim Means, or Alex Oliveira. Of those, a booking against Belal Muhammad seems like the most reasonable matchup of mid-card welterweight action fighters really looking to separate themselves from the rest of the division.

Klein walks out of this card as one of the night’s big winners, even with his serious weight miss. He looked phenomenal against a very game Shane Young in his Octagon debut, picking up a quick KO to leave no question that he’s got some real striking talent. That should throw him right into the pack of fun action-oriented featherweights looking to scale the ladder at 145. People like Billy Quarantillo, Movsar Evloev, or Lerone Murphy. I know Murphy seemed like he was eyeing that performance, and I’d love to see that bout, but what about a fight with Gavin Tucker. Tucker’s another fantastic striker who nonetheless has had some defensive struggles with power punchers willing to stand in and throw back at him. He’s also had a pretty decent takedown game when he’s needed it, something that’s troubled Klein in the past. Tucker vs. Klein seems like a surefire action bout in the featherweight division.