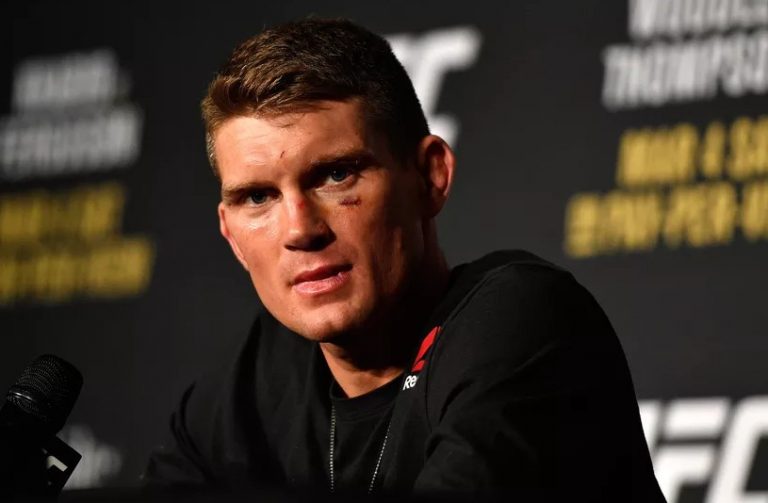 Stephen Thompson has absolutely no interest in fighting Khamzat Chimaev, telling fans in a recent YouTube video that the UFC newcomer has no business fighting a top-five ranked welterweight such as ‘Wonderboy’ at this early stage in his career.

Thompson, who is back in the winning column following his unanimous decision win over Vincente Luque at UFC 244, explained why the Chimaev matchup doesn’t make sense and how it would be unfair for an unranked fighter to leapfrog other, more deserving welterweights such as Jorge Masvidal and Leon Edwards.

“No, I’m not fighting him, man. I mean, it just doesn’t make sense for me at this point,” Thompson said. “I’m ranked No. 5 to fight a guy who is unranked? You know what I mean,” Thompson said (h/t Abhinav Kini of The Body Lock MMA).

Chimaev only made his UFC debut in July whereas Thompson, 37, has fought in the UFC for over eight years and established himself as a top-five welterweight. Chimaev, who hails from Russia but fights out of Stockholm, Sweden, is undefeated at 9-0 and has won all three fights under the UFC banner via stoppage. The dual-division fighter is considered by UFC president Dana White to be one of the best prospects in the world and, while that may be true, Thompson doesn’t feel Chimaev is ready for the big leagues just yet.