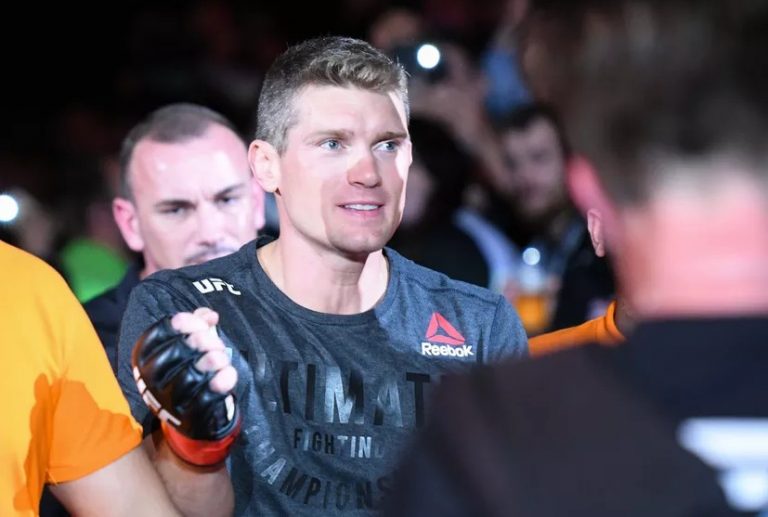 Former welterweight title challenger Stephen Thompson is throwing his name in the pool of names who have already expressed interest in fighting Nick Diaz if he does indeed return to the UFC.

Add Stephen ‘Wonderboy’ Thompson to the growing list of names ready and willing to fight Nick Diaz in his potential return to the UFC.

It was announced recently that Diaz is serious about making a UFC return after completing a 14-week diet and training regimen and has his eyes set on “big” fights in the welterweight division. Immediately after the news broke, a number of top ranked welterweights called for a fight against Diaz, and Thompson was one of the first to do so.

“I’m down to welcome him back to the ranks,” wrote Thompson on Twitter. “Would be an honor….let’s see where he’s at!”

A few days after his proposal, Thompson would go on Submission Radio to elaborate on why he believes a fight with Diaz would make perfect sense.

“I think it would be a great test back for him,” said Thompson (transcript by MMA Fighting). “I’m ranked No. 6 right now. Obviously, he’s trying to move up the rankings, if he beats somebody in the top-10, maybe one or two more fights and he could be fighting for the title because he’s got a name. We’ve seen guys do that, guys who are popular in the division.”

As excited as he is at the thought of welcoming Diaz back to the UFC, Thompson simply wants to get back to work in the Octagon. The former welterweight title challenger has not competed since November 2019 at UFC 244, where he earned an unanimous decision win over Vicente Luque.

Thompson then took some time to recuperate from hand injuries he sustained after the Luque fight. He is now ready to fight again and looks forward to seeing who will stand in front of him in his next outing.

“At this point, I don’t care,” Thompson said. “UFC, just give me somebody. I’m ready to go out there and scrap.”