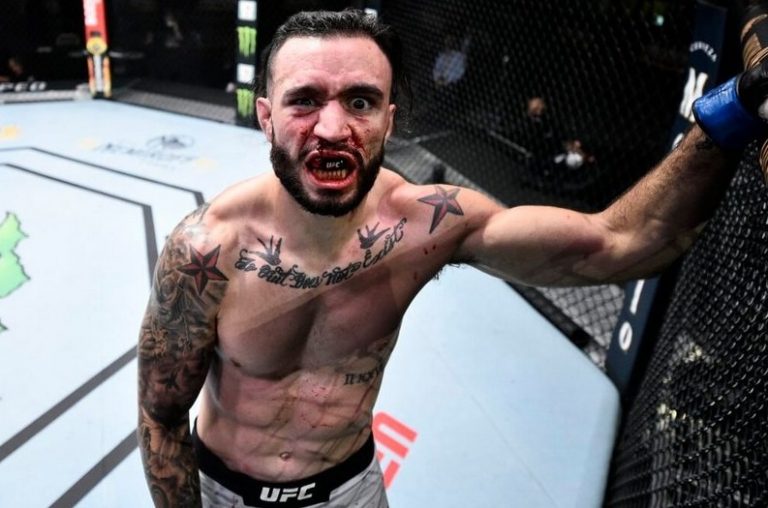 Shane Burgos (13-2) had the best fight of the evening with Josh Emmett (16-2) at UFC on ESPN 11, losing by unanimous decision of the judges.

Burgos received a $50,000 UFC bonus for the most brilliant fight of the tournament, many have already dubbed the fight one of the best fights of 2020. It would seem that even despite the defeat, this is a win-win situation for the 29-year-old, but his position in the ratings says otherwise. After updating the official UFC ratings, Burgos has fallen down 4 positions and is now ranked 14th.

This is how the fighter commented on this situation in an interview for MMA Fighting:

“Dude, that was fucking weird,” says Burgos. “I was already pissed off about losing because I thought I’d won, and then this from above. It was a fucking spit in my face. I lost to the guy in the eighth position, the guy who knocked out almost everyone I fought, and I went out and showed him the potential fight of the year and then they show me such disrespect?

I fucking hate ratings. They ruin everything all the time because it’s obvious that you want to fight with someone who’s above you in the ratings and you have a certain number of fights that you can do. On top of all that, they want to throw me back even further. What the fuck else do you want from me? I lost number eight, being in tenth place, how could I go down so many positions? This is just fucking bullshit!”

Now “Hurricane” holds a 6-2 record in UFC. He went on to fight Emmett with a series of three wins in a row, including a spectacular TKO victory over Makwan Amirghani.