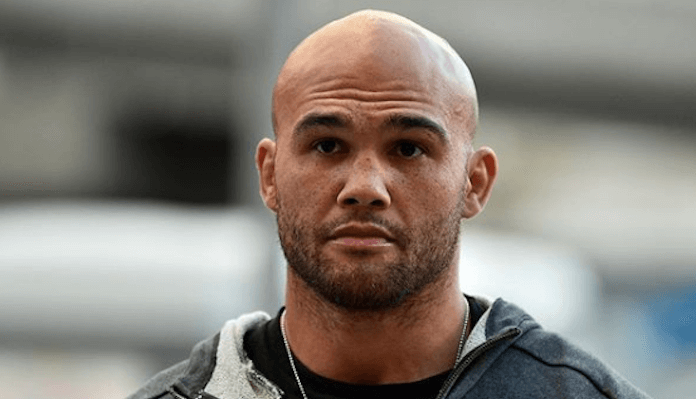 If one thing has been made abundantly clear about Robbie Lawler during his 19-year fight career, it’s that he’s built differently from most.

Part of that has shown through during his fights where the former UFC welterweight champion is regarded as one of the most savage competitors in the history of the sport, with a do-or-die attitude against every opponent he faces. It’s hard to forget the image of Lawler just moments after he finished Rory MacDonald following an epic battle in 2015 with his upper lip split in two while fire spilled out of his lungs as unleashed a guttural scream.

Outside the cage, Lawler is the complete opposite.

His calm, cool and collected demeanor earns him respect with peers and even faced with constant venom being thrown at him from Colby Covington prior to their fight last year, Lawler just seemed to shrug it off without a care in the world.

It’s that exact attitude that Lawler will carry into his fight this weekend as he faces Neil Magny in the UFC Vegas 8 co-main event. On paper, Lawler might have his back against the wall after suffering three straight losses; in reality, Lawler isn’t looking at his fight with Magny as a must-win situation but rather a chance to experience a fresh start.

“It’s just one fight,” Lawler told MMA Fighting. “Saturday. That’s all you focus on. Not trying to prove anything, just go out there and showcase your skills.

“It doesn’t matter about the past, it matters about who you are today. That’s what’s awesome about competition.”

For all the pageantry and bluster that fills the air ahead of a big fight, Lawler never gets lost in the hype or hoopla that surrounds and event.

Instead, he prefers to just keep his eyes on the prize, which is always about his passion for the preparation and the thirst for great competition.

“I love competing but most importantly, I love the preparation,” Lawler said. “I love training. I love taking care of my body. I love lifting weights and getting stronger and making sure everything’s tip-top.

While the upcoming fight with Magny will be Lawler’s first appearance inside the octagon since last August, the 38-year-old veteran has actually been trying to land an opponent for several months.

Lawler was initially matched up with rising welterweight contender Santiago Ponzinibbio last December but the Argentinean was forced out of their fight due to an infection. Since that time, Lawler says his manager has been in talks with the UFC about different possibilities for his next fight but nothing came together.

That’s when he saw the opportunity to jump into the fight with Magny after Magny’s original opponent Geoff Neal dropped off the card due to a recent medical scare that landed him in the hospital for several days.

“Dave [Martin] was going, talking to Hunter [Campbell], trying to get fights for me and nothing was working out,” Lawler explained. “It was just like that one popped off and it was like let’s get in there and fight, nothing more than that. It was on short notice but everything was falling through, nothing was working out and now you have this opportunity.

“It’s just what fighting is. You’ve got to go out there and do what you love to do and it’s time to fight.”

The fight with Magny will actually bring Lawler into a showdown with a former training partner after they previously worked together at the HIT Squad gym outside St. Louis.

Back then, Magny was just a novice learning the ropes but Lawler remembers even during those days, there was a lot of potential.

“Yeah I remember him,” Lawler said. “He was really young. I think he was in the National Guard at the time. Just a really long, hard worker, eager to learn and had some ability.”

Magny credits Lawler as an influence that helped him decide that MMA could become a career rather than just a hobby. Considering the vast number of people who have crossed paths with Lawler over the years, there are probably a long list of fighters with similar stories.

For all the championships he’s won and opponents he’s thwarted, Lawler believes that aspect of sharing his experiences might be his biggest contribution to the sport and one he wants to continue paying forward even after his own career is completed.

“It’s about giving back,” Lawler said. “At some point in time, [my teammates] are going to do the same thing. So if I do this, then it’s going to rub off to them and then they’re going to help somebody else down the road and that’s what it’s all about. Giving back and sharing your knowledge and making guys better.

“I’ll definitely help give back to the sport and give back all the knowledge I’ve learned over the years.”