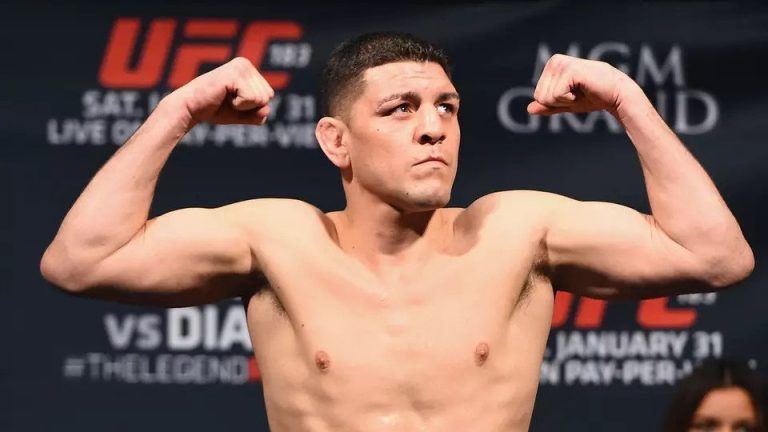 Fans could be seeing Nick Diaz make the walk to the octagon very soon.

Diaz’s manager, Kevin Mubenga, on Sunday revealed to ESPN that Diaz has gone through a 14-week diet and training regimen. The one-time UFC welterweight title challenger also has completed a test weight cut with plans on returning to action in early 2021.

The report also states Diaz will be “keeping a close eye” on some of the big, upcoming welterweight matchups in the UFC. On Sept. 19 in Las Vegas, Colby Covington takes on Tyron Woodley in the main event of UFC Vegas 11. The promotion is also targeting UFC 256 for the next 170-pound title fight, with champ Kamaru Usman facing off with Gilbert Burns on Dec. 12. A rematch is also in the works for Jorge Masvidal and Nick’s brother, Nate Diaz, in January.

This is Nick Diaz earlier today. He weighs in the 175-165 pound range, per his manager Kevin Mubenga.
He just completed a 14-week diet and training regimen. This is the first time he cuts weight in approximately four years, Mubenga said. Diaz wanted to do a test cut because … pic.twitter.com/5A8EvyLeUn

Diaz, 37, hasn’t competed since January 2015 when he dropped a unanimous decision to Anderson Silva at UFC 183 before it was overturned to a no-contest following both fighters failing drug tests. Diaz tested positive for marijuana and was suspended five years by the Nevada Athletic Commission. The ban was eventually bumped down to 18 months. In 2017, Diaz was in trouble with the UFC and USADA after a trio of whereabouts failures.

Before the setback against Silva, the Stockton, Calif., native dropped decisions to Georges St-Pierre and Carlos Condit. He’s not had his hand raised in a professional MMA bout since defeating B.J. Penn in the main event of UFC 137 in 2011. He holds career wins over Robbie Lawler, Frank Shamrock and, in one of the sport’s craziest fights, Paul Daley.