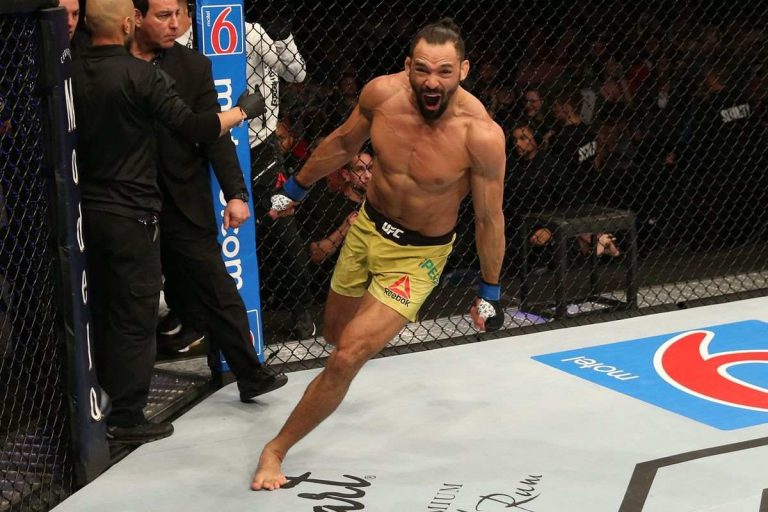 Michel Pereira became a must-watch attraction in the UFC following a devastating first-round knockout over Danny Roberts in his May 2019 octagon debut. But back-to-back defeats to Tristan Connelly and Diego Sanchez have put him in an uncomfortable position going into the final fight of his contract.

Pereira faces Zelim Imadaev at UFC Vegas 9 on Saturday, but he chooses to ignore the extra pressure his contract situation adds to his upcoming bout at UFC APEX.

Pereira is known for his flashy style, combining acrobatic moves such as somersaults and backflips to flying knees and punches. But he’s also struggled competitively. He missed weight and gassed against Connelly in September, going on to lose a decision. Five months later, he was doing well against Sanchez before an illegal knee led to a disqualification.

Now booked against Imadaev, who also enters the cage on a two-fight skid, Pereira promises a great fight.

“I’m going for the ‘Performance of the Night’ bonus, and I’m ready and focused,” he said. “My head is good, my weight is good, so we have everything to put on a great fight on Sept. 5 in Las Vegas.”

On a social media post, Pereira promised fans an “unforgettable show.” And he tells fans not to blink.

“That’s what my bosses Dana White and Sean Shelby want to see, and I’m an employee,” “Demolidor” said. “If that’s what they want me to do, I’ll give them that. I’ve trained hard and gave my all in the gym to be able to get there and give everyone a show.”

“To me, a fight is a fight,” he continued. “Wins and losses are the consequence. Of course that I want to win, that’s not up for debate. But I don’t think only about myself. A fight is not only about myself. I think about my fans, my bosses. I think about everyone. I’m not there just to fight. That’s the right mindset, and that’s something fighters lack today. They just go out there and put on boring fights. They don’t fight for the fans, they don’t put on a show, so it’s boring.”

Pereira scored 16 of his 23 MMA victories by way of stoppage, and Imadaev enters the octagon with a 100 percent knockout rate in his wins. When they meet inside the cage, however, the Brazilian expects Imadaev to completely change his fighting style.

“I believe he’ll try to grapple me and avoid that type of game,” Pereira said. “My coaches did some research on what he’s training and he’s grappling more, but I’m ready for all types of fighting. Wrestling, boxing, muay Thai, I’m ready for everything.”