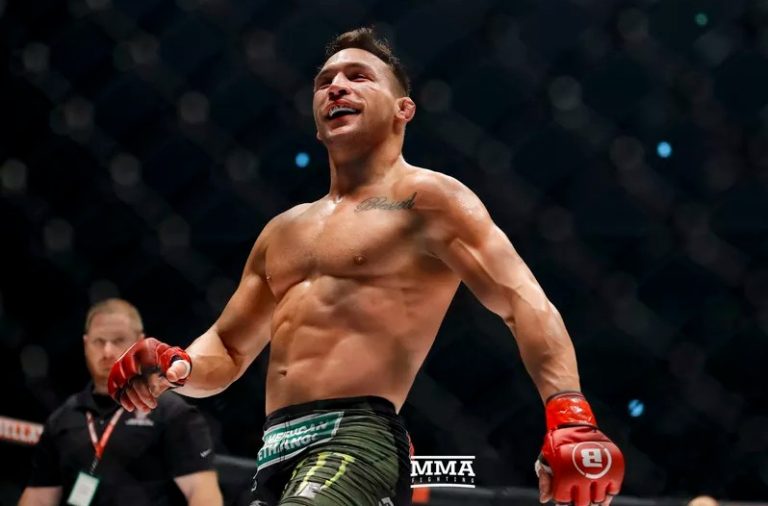 It’s official. Michael Chandler is coming to the UFC.

The three-time Bellator lightweight champion has officially signed with the promotion according to UFC President Dana White, who announced the news on ESPN’s SportsCenter on Thursday. Chandler, 34, entered free agency after fighting his last fight for Bellator this past August.

White added that Chandler will serve as a potential replacement for either UFC lightweight champion Khabib Nurmagomedov or challenger Justin Gaethje at UFC 254 in Abu Dhabi on Oct. 24.

For years, Chandler (21-5) has been widely regarded as one of the best lightweights competing outside of the UFC. He successfully defended Bellator’s 155-pound title six times across three separate reigns and holds notable wins over Benson Henderson (twice), Eddie Alvarez, Brent Primus, and Patricky Freire among others.

In his most recent outing, Chandler defeated Henderson by first-round knockout at Bellator 243.Michael Chandler signs with UFC, set to serve as backup for Khabib Nurmagomedov vs. Justin Gaethje at UFC 254.