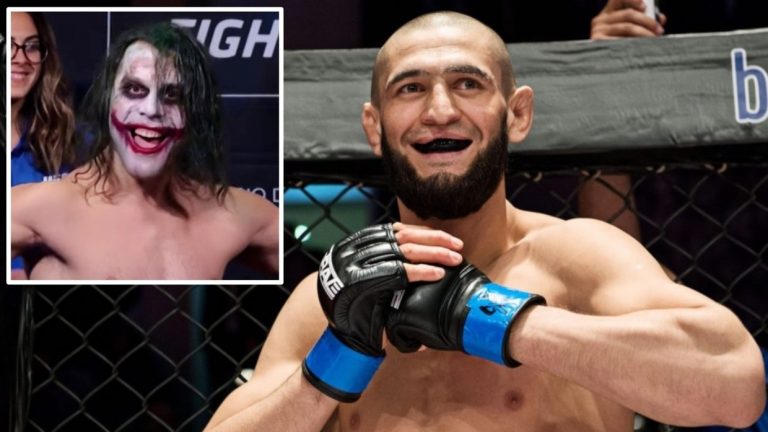 Rising sensation Khamzat Chimaev has made it clear that he’s willing to fight just about anyone, anywhere, anytime. But maybe not everyone, according to UFC middleweight Markus Perez.

Once scheduled to meet Rodolfo Vieira at UFC Fight Night 179, ‘Maluko’ has suddenly found himself without an opponent following news that the Brazilian jiu-jitsu world champion has been forced out of the their upcoming fight due to injury.

In need of a short-notice replacement, Perez told Ag Fight he had two names in mind for the spot: Kevin Holland and Chimaev. Holland’s tough outing against Darren Stewart has likely taken the ‘Smack Man’ off the table, making Chimaev the top choice. However, Perez claims that ‘Borz’ turned him down when his manager approached the UFC with the offer.

“Alex Davis [Perez’s manager] told me Rodolfo was out. I don’t know what happened. Then Alex was like ‘Now what?’. I told him I wanted two names: Kevin Holland and Khamzat Chimaev, either one.

“He told me Holland had just fought a hard fight. So I said: ‘Then I want the talker, let’s see what the loudmouth can do’. Everyone is hyping him up, so I wanted see that in the Octagon. My manager got in touch with the UFC and texted me back saying that the guy didn’t accept to fight me.”

In his last outing, Markus Perez (12-3) dropped a unanimous decision to fellow Brazilian Wellington Turman, in November 2019. Before the loss, the 30-year-old picked up a submission win via anaconda choke against Anthony Hernandez, back in February of the same year.

Still without an opponent, it is unclear if Perez will remain on the card or if his fight against Rodolfo Vieira will be moved to a different event.

UFC Fight Night 179 is scheduled to take place in Abu Dhabi, United Arab Emirates, on October 11. The card is expected to be headlined by a bantamweight bout between top contenders Marlon Moraes and Cory Sandhagen.