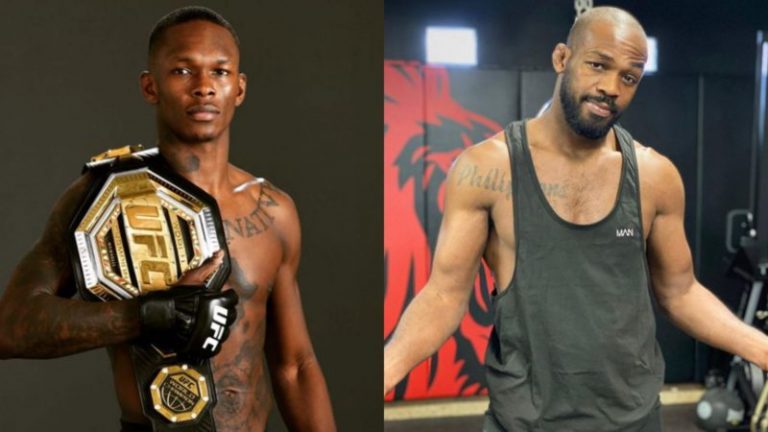 The ongoing war of words between Jon Jones and Israel Adesanya has heated up once again after the UFC middleweight champion defended his title against Paulo Costa.

After stopping Costa in the second round, Adesanya was asked about the possibility of moving up to 205 pounds now that there’s a new champion in place after Jan Blachowicz knocked out Dominick Reyes in the UFC 253 co-main event.

“Maybe, but I’ll have to ask [head coach] Eugene [Bareman],” Adesanya answered when asked about moving up to 205 pounds to pursue a second title at the UFC 253 post fight press conference. “But like what I said about Anderson Silva — Anderson Silva defended this belt so many times in the middleweight division and then he went up to light heavyweight for little shows.

“I just wanted to f**k up Jon Jones and I still will. But I’ll just have to talk to Eugene cause even he talked about Stipe Miocic and other things. So yeah, everything’s open. Cheddar makes it better.”

On Monday, Jones fired back, pointing out Adesanya’s considerable combat sports experience and apparent hesitance in committing to a fight.

“You’ve stepped into the ring over 100 times now, and you’re still not ready!?” Jones wrote on Instagram. “You have a youth advantage and like four times the fighting experience. The truth is you’re already my p*ssy, you love being undefeated and you’ve seen what’s happened to everyone else. It raises your stock to mention my name, you’re aware of this.

“You don’t want real confrontation with me, I’m not gonna just stand there and kickbox with you. I’ve been preparing for heavyweights, right around now I would literally tear one of your arms off.”

Jones said his focus right now remains a move to heavyweight, which he believes makes a fight with Adesanya even more lopsided than it would have been at 205 pounds. He has he’s open to an eventual fight with Adesanya, but despite the most recent clash, it seems unlikely they’ll actually meet in the octagon any time soon.

Adesanya has already said that he’s moving forward at middleweight while targeting Jared Cannonier as his next opponent.

Considering the bad blood between their championship pedigree, a fight between Jones and Adesanya would definitely be big business for the UFC.