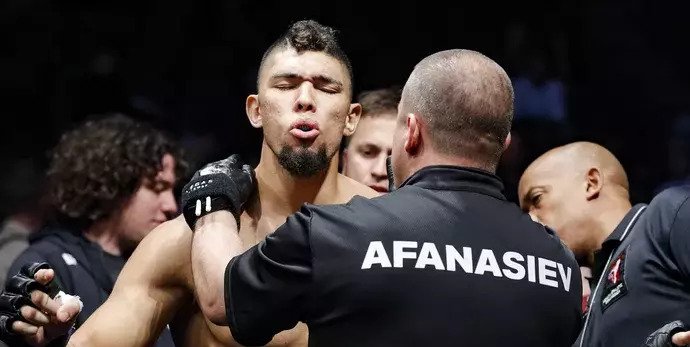 Johnny Walker believes Jon Jones would be successful if he moves up to heavyweight next.

Jones announced Monday he had officially vacated the UFC light heavyweight belt and would possibly walk away from the sport despite staying on the United States Anti-Doping Agency testing pool for a few months.

It’s still up in the air what the future will hold for one of the best MMA fighters of all-time, and Walker admits he was “surprised” by the announcement. If Jones does test the waters against bigger opposition, Walker says “of course” he would do well.”Jon Jones is a great athlete, one of the best of all-time,- Walker said. “He absolutely has the size, reach and strength to move up a weight class. I’m rooting for him, brother, because we depend on the success of all other athletes and their careers for us to continue fighting, right? I hope he has a great debut at heavyweight when he does fight again.”

I want to move up heavyweight in the future, too, “I just hope (Jones) doesn’t retire because one of the fights I want the most in my life is against him, right? But I can’t think about it now, I have to think about my career. I have to get back to the wins, slowly get back to deserving the place I was conquering. I’ll fight Ryan Spann now, and then the next one. I don’t want big jumps. I’ll go slowly, fighting people according to the ranking. After Ryan Spann, maybe a top-10, nine, eight, and move up slowly. Working smarter and with no rush, because we can get there if we’re not in a hurry.”