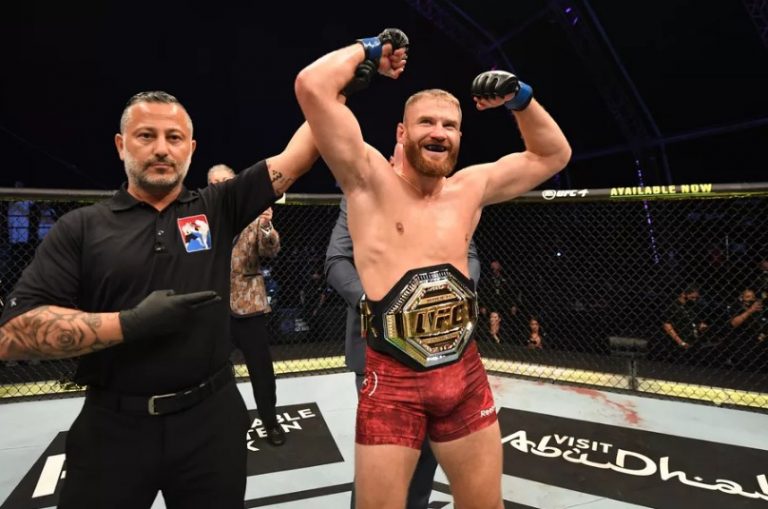 “For me, the best (opponent) would be Jon Jones,” Blachowicz told Submission Radio over the weekend. “But I think this is not real. It’s not gonna happen so I think that my next opponent is gonna be the winner between (Glover) Teixeira and Thiago (Santos). But also, Adesanya also is really good. So we will see. We’ll have to wait a little bit but for me, personally, the best would be Jon Jones. He promised me this fight after I knocked out Corey (Anderson) and I’m waiting for him. I believe in the future that I’ll catch him somewhere, some day, anywhere.”

Jones vacated his belt this summer, following a dispute with the UFC who reportedly wanted Jones to rematch Dominick Reyes instead of face Blachowicz. Jones won a close fight at UFC 247 that left many fans, and Dana White himself, believing Jones should have lost. So, instead of rehashing an old matchup, Jones decided to vacate his title to move up to the heavyweight division. For many fans, this was a long time coming, but for Blachowicz, it was an admission that the new crop of light heavyweight contenders was worrying the longtime champion.

Blachowicz has been on quite the run of late. The Legendary Polish Power has led to knockout victories in three of his last four bouts and, following his victory over Reyes, Blachowicz would have presented an interesting new challenger to Jones, were he still the champion. Perhaps that’s why, after UFC 253, Jones was quick to tease a return to light heavyweight just for Blachowicz. That has yet to lead anywhere though and instead, Jones has spent the last few weeks embroiled in a heated internet battle with middleweight champion Israel Adesanya. As fate would have it, Adesanya has also made claims about besting Blachowicz but the new champion says let “The Last Stylebender” try to do so. He’s already handed losses to two other middleweights who attempted to move up to 205 pounds.

“He can try but he’s gonna go back to his division really fast if he’s gonna do this,” Blachowicz said. “When he meets me, you know. It’s gonna be the same like with (Luke) Rockhold. Everybody thinks they know me. They think I’m an easy fighter, but when cage door closes, they feel my power. I’m a completely different fighter. They’ve never fought against someone like me but they have to feel it on their skin.”

Still, though he’d be willing to face the middleweight champion, Blachowicz says he’d prefer to slug it out with the former champion of his division. Not because he thinks he needs to to be considered the champion, but just because he wants to be the guy to finally end the dominance of Jon Jones.

“Yeah, I’ve got the belt but I just want to beat him,” said Blachowicz. “He’s never lost. Just one loss but that was a disqualification, it doesn’t count. I want to be the one who beat him in 205-(pound) division.”