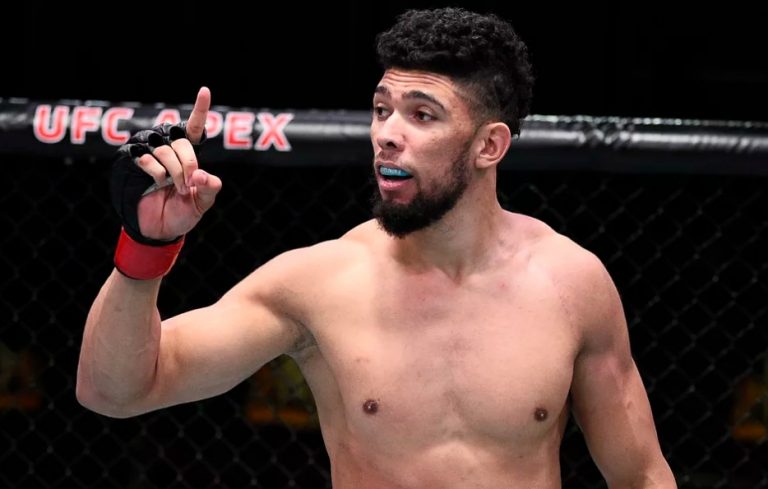 After a wild one-rounder against Ryan Spann at UFC Vegas 11, which saw the Brazilian get knocked down and rocked by some heavy strikes, Walker managed to turn the fight around with some powerful elbows against the cage—scoring his fourth knockout win in the UFC.

Despite the insane pace of the fight and the dangerous situations Walker found himself in, the light heavyweight powerhouse wants to make it clear that he never lost control. In fact, Walker told Ag Fight everything that happened was already expected.

“The fight went well. I expected that. I knew he was strong. He threw a punch and I slipped, but I recovered fast and managed to turn it around. I knew that when I started to put my hands on him, he would feel it. I do hit really hard. I train hard. He started to feel my hammer fists and when he gave me the right distance, I landed two elbows and the fight was over.”

After the fight, Spann and his corner both appeared to complain that the bout-ending elbows that knocked him out cold were illegal and hit him in the back of the head. However, Walker begged to differ, claiming that he carefully aimed all his strikes so they would land legally.

“The ref was right on us. I was actually waiting for him to call the fight, because he really let me go to town. Ryan Spann was pretty much out, he was not doing anything, he was just holding my legs. I landed about 10, 15 elbows. I thought the fight should have been stopped sooner because he was not doing anything. I hit the side of his head and I was being extra careful not to land any illegal shots. I didn’t want to be disqualified. I think I did a good job and so did the ref. I just think it should have been stopped sooner.”

With the win over Ryan Spann, Johnny Walker (18-5) snapped a two-fight losing skid, with coming off losses to Nikita Krylov back in March and a KO from Corey Anderson in November 2019. Before that, the 28-year-old was on a three-fight winning streak in the UFC, with knockout wins over Khalil Rountree, Justin Ledet and Misha Cirkunov.