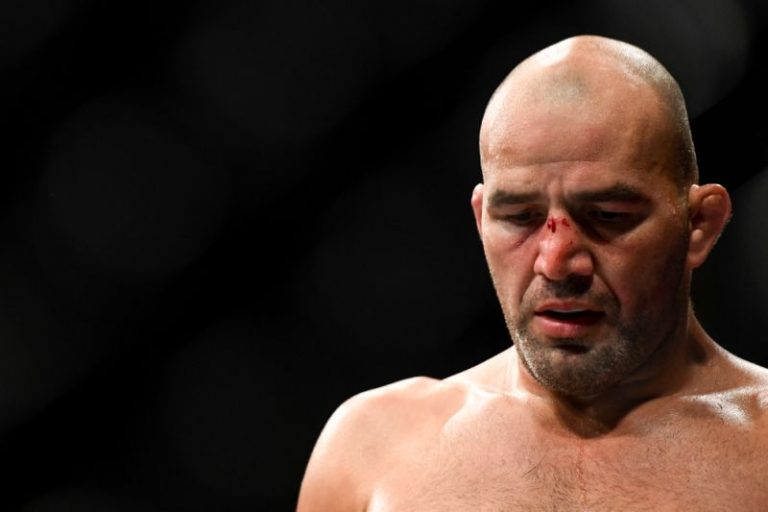 Former UFC title contender Glover Teixeira has tested positive for COVID-19 and his upcoming fight against Thiago Santos will no longer take place on Sept. 12.

The highly anticipated showdown is expected to be moved to the upcoming card on Oct. 3 instead where Teixeira and Santos will clash as part of the same event featuring Holly Holm facing off with Irene Aldana.

Sources close to the situation confirmed the news to MMA Fighting on Thursday following an initial report from Combate.

With Santos vs. Teixeira delayed, it’s unknown what fight will fill the main event slot on Sept. 12. The co-main event currently features a strawweight bout between Michelle Waterson and Angela Hill.

Coming off a four-fight win streak, Teixeira is looking to get back into title contention after defeating Anthony Smith in his most recent performance. The 40-year-old Brazilian has been a stalwart of the top-10 rankings in the 205-pound division for several years but his recent run has put him back near the top of the weight class.

Unfortunately, testing positive for COVID-19 will delay Teixeira’s return but it appears he will still get the opportunity to face Santos at a later date.

Santos will be making his first appearance in the UFC since 2019 when he lost a split decision to Jon Jones. A knee injury suffered in the fight forced Santos into surgery and following a long recovery, he was scheduled to return for the first time in over a year.

Now Santos will have to wait until Oct. 3 to face Teixeira with the date for the fight coming a week after a new light heavyweight champion will be crowned at UFC 253 when Dominick Reyes takes on Jan Blachowicz.