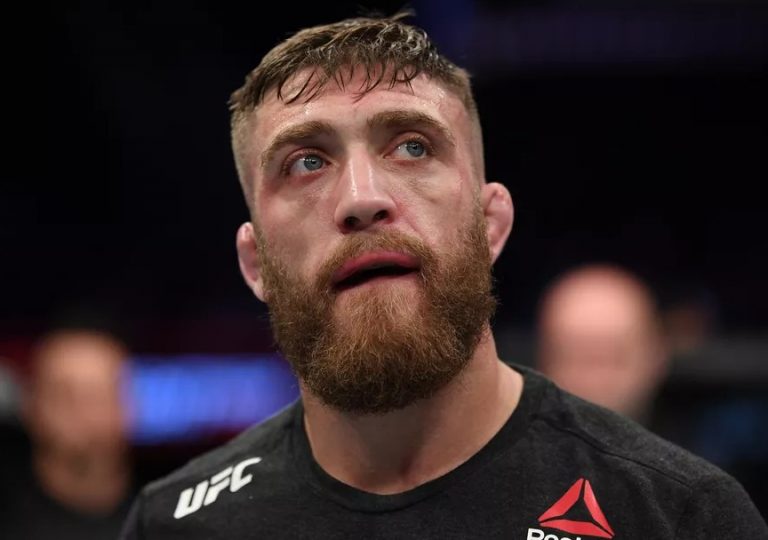 The UFC obviously has high hopes for Khamzat Chimaev. So much so that the company is already planning to book the undefeated prospect against Demian Maia if he gets through his upcoming fight against Gerald Meerschaert.

Meerschaert got wind of the UFC’s plan, which he felt slighted about. When asked about it on a recent episode of The Bash podcast, here’s what he had to say.

Chimaev made a strong impression in his UFC debut against John Phillips in July, then picked up his second straight win ten days later against Rhys McKee. Meerschaert, however, doesn’t think too highly of the two aforementioned.

“So far in the UFC you’ve fought a lightweight that came up to welterweight for his debut and didn’t look that great. And then you fought a middleweight who had a rough weight cut and is really not that dangerous on the ground. He’s only dangerous if you stand up and slug with him,” Meerschaert said of McKee and Phillips.

“And now you’re gonna fight a middleweight who’s gonna be bigger, stronger, and my technique’s going to be way better in the grappling department. So to think that you can start setting up fights afterward against a guy (Maia) who, by the way, I’m tied with for most submissions in the middleweight division. If it’s not disrespectful then I don’t know what is.”

Meerschaert and Chimaev will square off inside the UFC Octagon on September 19 at the APEX facility in Las Vegas.