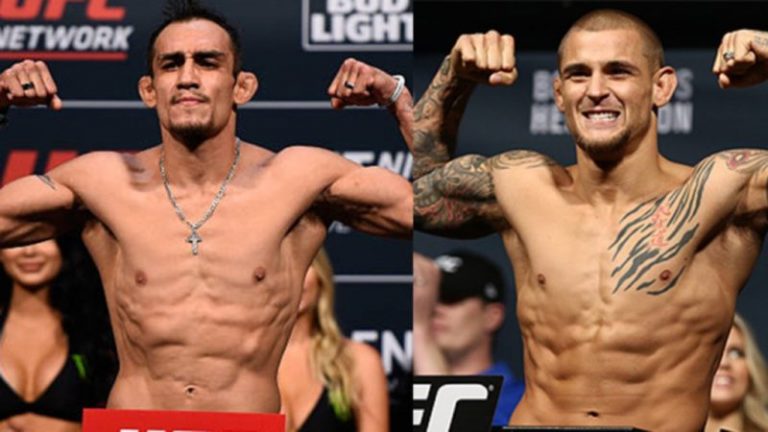 A bout between the two former interim lightweight champions has been rumored for some time now, with the UFC targeting it to serve as the co-main event to UFC 254’s lightweight title fight between Khabib Nurmagomedov and Justin Gaethje. But with the event only six weeks away now, the bout still isn’t official yet and Poirier says the holdup is with the UFC.

“I’m in,” Poirier told ESPN. “… I just need to be compensated if they want this fight. Simple as that. I’m a prize fighter and the prize needs to be right.”

Reportedly, Ferguson has verbally agreed to the terms proposed by the UFC, meaning Poirier represents the final hurdle to getting this bout made official. But unfortunately, the UFC and Poirier have still been unable to come to terms for the fight.

But though the two sides have yet to settle, there is still a general belief the contract negotiations will ultimately resolve themselves in time for the bout to occur at UFC 254. Last week, Poirier revealed he had already begun his fight camp for Ferguson, despite not having an official offer from the UFC. Now that he at least has an offer, things seem to be trending in the right direction for the fight to be signed.

Perhaps even more interesting than Poirier’s hold out is a potential stipulation ESPN is also reporting as being discussed: that if Gaethje withdraws from the title bout, Tony Ferguson will step in to replace him but if Khabib is forced out of the bout, Poirier will step in. It’s an interesting proposition and one that makes sense. After all, Khabib submitted Poirier last year, meanwhile a bout between Khabib and Ferguson has been booked and fallen through on five separate occasions. Conversely, Gaethje stopped Ferguson earlier this year but was stopped by Poirier in 2018.

But if none of that comes to pass, a bout between Poirier and Ferguson remains one of the very best fights the UFC can put on right now. Poirier is currently the second-ranked fighter in the lightweight division with a record of 26-6, 1 NC while Ferguson is the third-ranked fighter in the division with a record of 25-4. The two men have combined for 23 post-fight bonuses in their UFC careers.