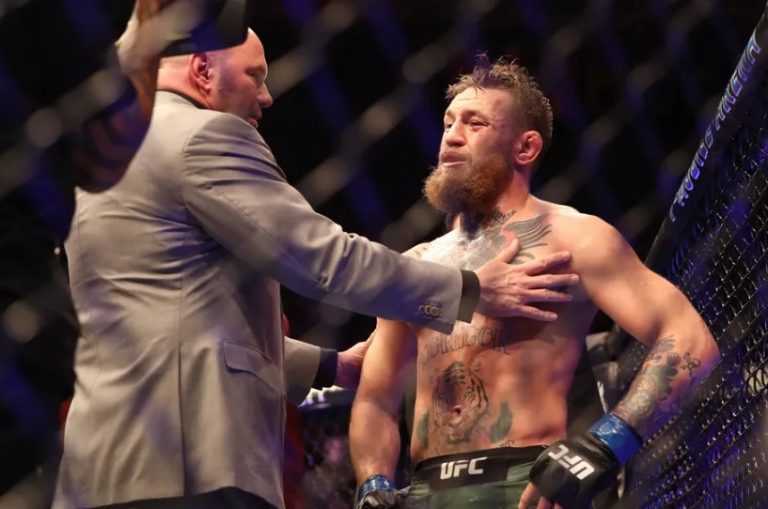 If Conor McGregor wants to fight again in 2020, the UFC apparently isn’t letting that happen.

Dana White told ESPN’s Brett Okamoto that a rematch between the former two-division champion and Dustin Poirier has been offered for January 23rd, which would presumably be UFC 257. McGregor was adamant that a bout between him and Poirier would have to happen in November or December, but White ain’t budging.

McGregor and Poirier initially agreed to fighting in an exhibition match for charity before the UFC offered them the rematch. Conor has been inactive since beating Donald Cerrone in January, whereas Poirier has had a hard time getting an opponent since his thrilling win over Dan Hooker. In Poirier’s case, he’s had potential bouts against Michael Chandler and Tony Ferguson fall through due to failed contract negotiations.

While it is unknown as to why McGregor wants to fight sooner than the proposed date, we do know that UFC 255 and 256 have multiple title fights and their main events are set. UFC 255 in November features Deiveson Figueiredo vs. Alex Perez as the headliner, whereas UFC 256 in December has Amanda Nunes vs. Megan Anderson as that card’s top billing. White cited McGregor’s umpteenth retirement claim earlier in the year as reason that they aren’t going to move fights around to accommodate him.

“That’s not how it works,” White said. “We laid out this year. He was retired. Would anybody disagree he was retired? Through this crazy pandemic year we’re going through, we faced a lot of challenges. There were a lot of things done to make this thing work. We made it happen. We have our schedule laid out. Fighters have committed to it. Fighters have started training for these fights. Conor came back and wants to fight Dustin, so we went out and got him his own date. It’s Jan. 23.”