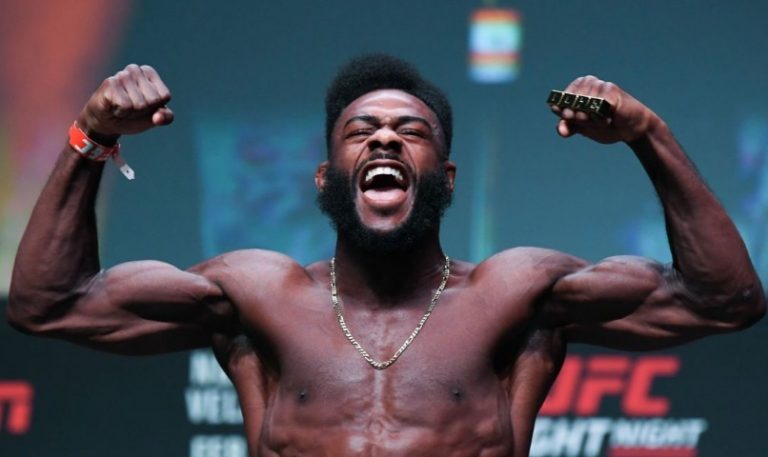 Aljamain Sterling has been waiting for a long time to finally hear he is the No. 1 contender in line to face bantamweight champion, Petr Yan.

Following UFC on ESPN 15 on Saturday night, Sterling got his wish.

“Yeah,” UFC president Dana White responded at the post-fight press conference when asked if the New York native would get the next crack at the 135-pound championship.

In a separate interview during the post-fight show earlier in the night, White wasn’t quite as emphatic but the answer was much the same.

“I’m pretty sure it’s [going to be], it’s more than likely going to be Sterling,” White added.

It seemed like the easiest matchup the UFC could possibly book given the landscape of the bantamweight division.

Yan was just declared champion in July after he finished Jose Aldo in dominant fashion to claim the vacant 135-pound title after Henry Cejudo retired in May. Since arriving in the UFC, Yan has gone undefeated with seven consecutive wins capped off with a knockout over Urijah Faber followed by a fifth-round TKO against Aldo.

Meanwhile, Sterling has rattled off five straight victories with a 7-1 record overall in his past eight fights. A student of former UFC champion Matt Serra, Sterling already held wins over top 10 ranked opponents such as Jimmie Rivera and Pedro Munhoz before making a huge statement with a lightning-quick submission against Cory Sandhagen at UFC 250 in June.

Many believed Sterling should have already been competing for the bantamweight title but the promotion opted to give Aldo the shot against Yan instead.

Following Yan’s victory, White was hesitant to officially declare anybody as the new No. 1 contender despite all signs pointing to Sterling.

Now it looks like the long-awaited fight is finally coming together with Yan vs. Sterling likely on tap in the near future.