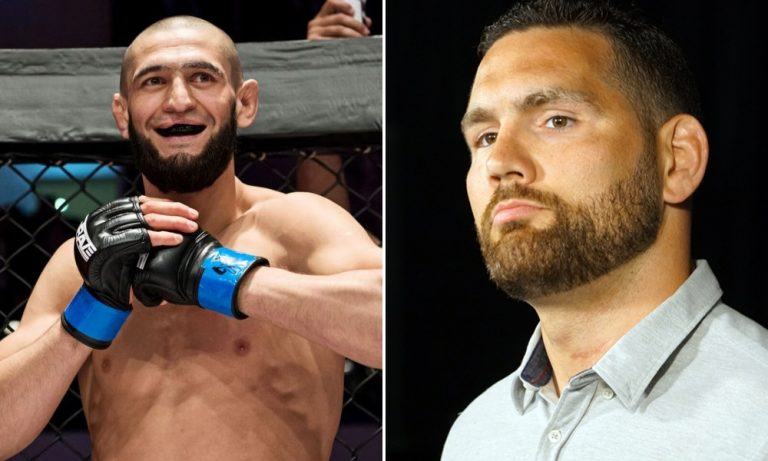 Another day, another Khamzat Chimaev callout.

On Friday morning, former middleweight champion Chris Weidman added his name to the growing list of names willing to step inside the Octagon opposite of Chimaev. Weidman, who made a successful return to the middleweight division earlier this year, has been looking for a fight since then and says he wants one against Chimaev in January.

“This guy Chimaev needs some humbling would love to do that,“ wrote Weidman on Twitter. “January I’m in! [UFC] make this happen.”

Weidman did not have to wait long before Chimaev saw and responded to his callout. In true Chimaev fashion, he let Weidman know he was ready for a fight at any given moment.

Whenever you want I will smash you. I don’t understand why you need so long time ? If u are a fighter you must always be ready

“Whenever you want, I will smash you,” wrote Chimaev. “I don’t understand why you need so long time? If you are a fighter, you must always be ready.”

This exchange between Weidman and Chimaev paints a completely different scenario than the one that was laid out by Chimaev just a few days ago. As the UFC and Chimaev work towards finding his next opponent, he revealed some of the top names in both the welterweight and middleweight divisions had turned down a fight with him, including Weidman.

It is unclear what changed between now and then, but this is a fight that would certainly make sense for both men.

UFC President Dana White agrees, and revealed in a recent media scrum on Fight Island in Abu Dhabi that Weidman was indeed in the running as the next opponent for Chimaev.

“Chris Weidman is one of the guys we were talking to,” said White (video by MMA Fighting). “We’re trying to get him [Chimaev] — he wants to fight. You know him. If we can get him a fight in December, he’ll fight then and probably fight in January too, which will piss everybody off again.”

In his short time with the UFC, Chimaev has earned three stoppage victories at 170 and 185 pounds over the likes of John Phillips, Rhys McKee and most recently, Gerald Meerschaert. For his next planned appearance, Chimaev was supposed to headline an upcoming fight card against a ranked contender, but the details have yet to be ironed out.

Weidman returned to the win column in August at UFC Fight Night: Lewis vs. Oleinik, where he defeated Omari Akmedov by unanimous decision. The win snapped a two-fight losing streak for Weidman, who was knocked out by Ronaldo ‘Jacare’ Souza and Dominick Reyes in his last outings.