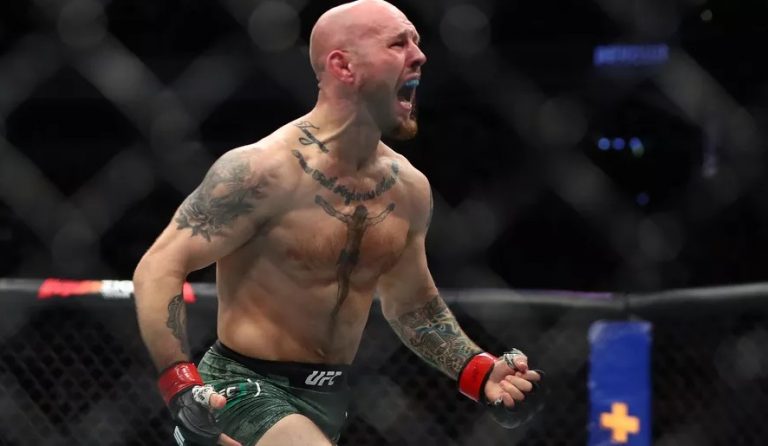 Brian Kelleher has had to keep his head on a swivel leading up to UFC Vegas 9.

After having two opponent changes in the last few weeks, Kelleher sees yet another change just hours before he steps into the Octagon. First reported by MMAFighting, “Boom” will now be welcoming Ray Rodriguez to the UFC in a three-round featherweight bout.

It was reported by MMA Junkie that Rodriguez signed with the UFC as early as yesterday to serve as a “backup” fighter if something were to happen to Kelleher’s then-opponent, Kevin Natividad. All three men showed up and made weight at the official weigh-ins, but it was unclear who would be fighting Kelleher.

At this time, there is no word on the reason why Natividad was pulled from the Kelleher fight.

Rodriguez is well-known on the regional scene, having fought in promotions such as Legacy Fighting Alliance and Combate Americas over the years. He was finally given the opportunity to appear on an episode of Dana White’s Contender Series where he took on Tony Gravely, but came up short as he lost by way of second-round technical knockout.

Rodriguez picked up a win three months later at Combate 49: San Antonio, where he submitted Andy Perez with an arm-triangle choke in the third round.

Kelleher started off the year on a two-fight win streak, with one submission and one knockout over Ode Osbourne at UFC 246 and Hunter Azure at UFC Fight Night: Smith vs. Teixeira. The impressive hot streak came to an end after Kelleher dropped a unanimous decision to Cody Stamann at UFC 250.