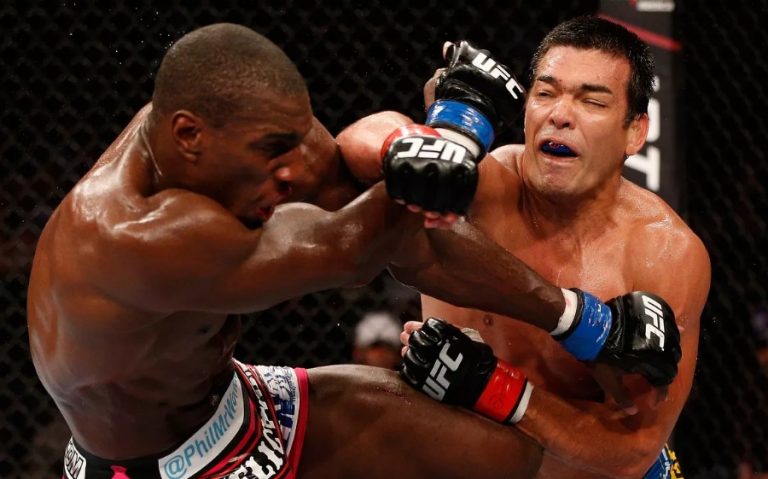 UNCASVILLE, Conn. – Phil Davis has Lyoto Machida’s number – and that number is two.

For the second time in their professional careers, Davis (22-5 MMA, 9-2 BMMA) defeated Machida (26-10 MMA, 2-2 BMMA) on Friday by split decision. Davis got the better end of two out of three 20-28 judges’ cards in the light heavyweight main event of Bellator 245 at Mohegan Sun Arena

In the opening round, both fighters were tentative. In vintage fashion, Machida picked his shots, displaying his patience. Davis didn’t bite or fall into any of Machida’s traps, however.

The second round was much like the first. Machida utilized hard leg kicks throughout the frame. Davis was able to knock Machida off-balance midway through the round. Upon catching his footing, Machida shook his head, indicating he slipped. Late in the round, Davis halfway got a takedown but it never fully came to fruition.

The first fight between Davis and Machida took place in August 2013. The bout served as UFC 163 co-headliner. In his fourteenth professional fight, Davis defeated the former UFC light heavyweight champion by unanimous decision.

Friday’s win was Davis’ third in a row, and fifth of his past six. Machida had a four-fight win streak snapped.