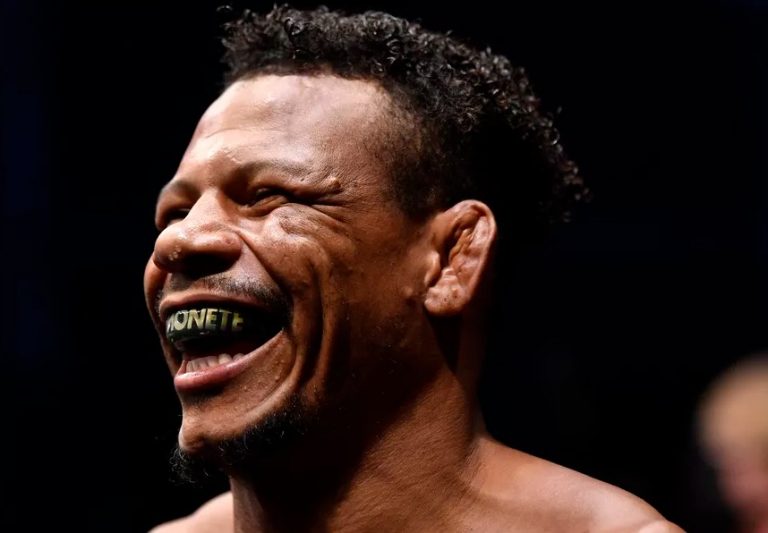 Khamzat Chimaev made his UFC debut earlier this year and he is already one of the most wanted men in both the welterweight and middleweight divisions.

In just three months, Chimaev made history for having the quickest turnaround between fights in the UFC and earned three stoppage victories over names like John Phillips, Rhys McKee and Gerald Meerschaert. He has made such an impact since his arrival that UFC President Dana White is planning on having him headline an upcoming fight card against a ranked opponent in what will likely be within the welterweight division.

Chimaev and the UFC brass are facing a bit of a problem though, as most of the ranked opponents they may potentially be considering are not too keen on the idea of taking on someone who is outside of the top 15. Contenders such as Leon Edwards and Stephen “Wonderboy” Thompson share the same sentiment in that Chimaev would need to beat some established names in the division before landing a fight with either one of them.

So, who would a suitable established name be for Chimaev? Look no further than Alex “Cowboy” Oliveira.

Oliveira, a longtime veteran of the UFC, has recently picked up a few much needed wins after being on a career-first three-fight losing streak to Gunnar Nelson, Mike Perry and Nicolas Dalby respectively. Now back in the win column, Oliveira is willing to take a fight against Chimaev in his next outing and called for it in a recent interview with MMA Junkie’s Mike Bohn.

“I’ll take the fight no one else wants,” said Oliveira via his manager Alex Davis. “Chimaev, I’m ready for a fight at welterweight right now. I see you picking and choosing opponents. I’m right here.

“I’m itching to fight Chimaev,” Oliveira said. “If you want to pick and choose opponents, I’ll fight you.”

For what it is worth, Chimaev has tweeted out a few days ago that it does not matter who he fights or which weight class it will be in. He just wants a name, and Oliveira is just the latest one to come into the spotlight after this call-out, so perhaps a fight between these two is not too farfetched of an idea.

Both Chimaev and Oliveira are currently unscheduled for their next appearance inside the Octagon.